Written by Ghost The Writer-

If you haven’t heard the ill melodic Lil Xan the get ready for us to put you on! The leader of the “heartbreak soldiers” also known as Deigo has been blowing up lately with hit songs like “Betrayed,” “Far,” and “Wake Up”. There’s a lot to get to know about the background to Xan. He was born Diego Leanos and is of Mexican descent. Raised in Redlands, California. His name comes from the drug Xanax which is used for most Anxiety/Depression Cases. Since he struggles with extensive anxiety and depression, which his stage name derived from. However, he received some heat when young rapper Lil Peep passed away from fentanyl-laced Xans for still advocating for the drug. In honor of his memory, Xan tatted PEEP across his knuckles 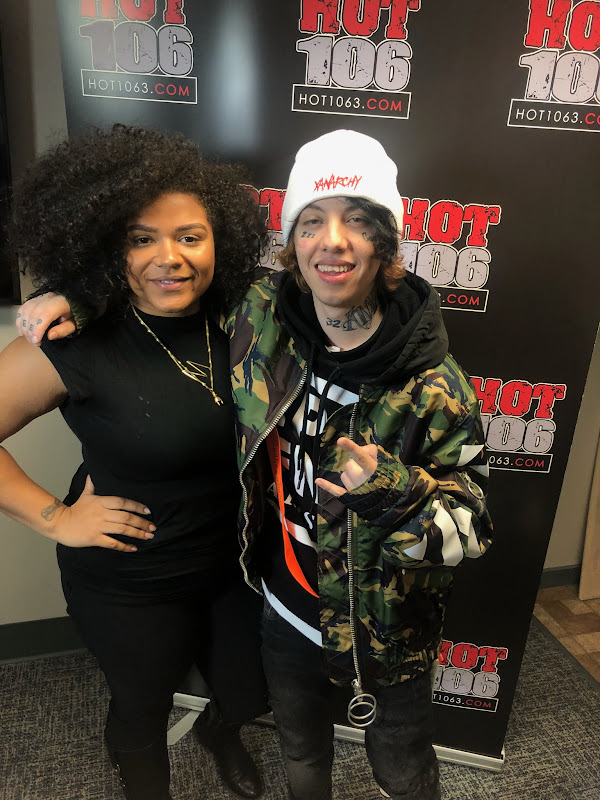 which you can see you can see the tattooed here on his right hand.  Xan is 21 years old and was born on September 6th, 1996. After dropping out in his freshman year of school and pursued photography, until his camera was stolen and he started rapping for a means of income. After “Betrayed” starting popping off at number 67 on the Billboard Hot 100’s, the Xanarchy was created. Even though Xan is trying to change his brand and even maybe his name, he says he will always be Xan and his supporters will always be the Xanarchy. Xan came to Providence for a meet and greet with his fans at the Hot 106 station and Maddie D got a chance to work and sit in on the interview with the All new Hot morning show. Are you already plugged into lil Xan, tell us what’s your favorite song by him?

check out video for Betrayed below!